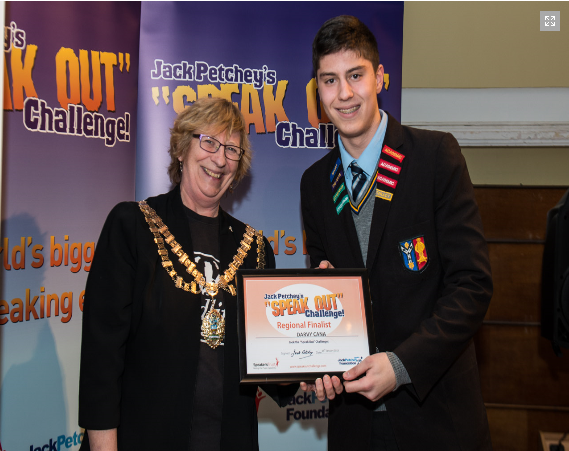 Patrick Kinsella (10Warren) and Darvy Cana (10Pole) both entered the regional final for the Jack Petchey ‘Speak Out’ public speaking competition for Hounslow schools earlier in the spring term. Both boys gave very entertaining and well-prepared speeches : Patrick displayed forthright views about ‘Public Transport’ and Darvy’s speech focused on the perils of being ‘Tech Savvy’. Patrick reports : “The ‘Jack Petchey Speak Out Challenge’ was a good opportunity to showcase my public speaking skills and also allowed me to gain confidence for my future career where speaking publicly and presenting my ideas will no doubt be required. Initially, I was nervous about ‘speaking out’ in front of a large audience and was a little apprehensive to say the least. However, once I was on stage, I really enjoyed myself and felt it was a competition well worth taking part in.” 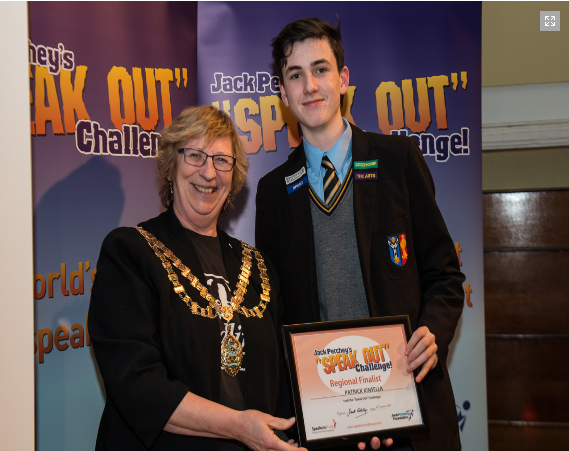 Darvy notes : “I have previously participated in speaking competitions with the school’s Debating Club, but what made this one unique was the fantastic coaching provided, giving me the confidence to talk about a very specific topic without the need of a script. I genuinely felt that the competition was a chance to practise traditional public speaking, from memory rather than paper.”

Both boys did well and their performances were noted for their humorous anecdotes and snippets of sharp satire !